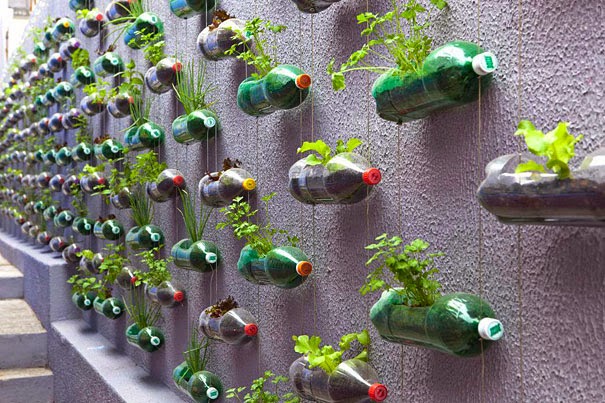 Few days ago, I’ve read an article in one slovak newspaper about recycling rates in EU countries. Slovakia was 26th out of 28 countries, or something like that (sorry, I seriously can’t remember which newspaper I read it in, can’t even google it) with somewhere around 16% of all waste recycled.

Ignoring the fact that the biggest waste producers are the industry and agriculture I would like to focus on normal people and “personal waste”.

Living in Prague it became a standard to have trash cans for separate paper, glass, plastic and even Tetra pak cartons on virtually every corner.  I myself have all of those 15 meters away from my house. And another group another 15 meters from there. So it’s not that we don’t have the means to recycle. There must be a group of people who just don’t do it, for whatever reason.

I wanted to write that I tried to think about different demographic segments and their recycling habits but that is not the case. One morning I was taking out the regular trash. Our trash cans are located inside the house you can be pretty sure that the only people using them are the ones living in it. Opened the trash can and there it was – full of plastic bottles!

See, theres one thing about the apartment building I live in – it’s full of old retired people. I am pretty sure that there’s only some 2-3 other young people living there. That’s when it hit me, older czech people might be the problem.

Even my generation (and everyone born after me) had enought ecology classes to be enviromentally conscious. I don’t know any of my peers who do not recycle. Children nowdays probably percieve it as a completely natural thing. But not older people. They were raised in scialist Czechoslovakia and no one gave a damn about the enviroment at that time. Even my mom, who is 52 (I think) does not really understand the concept, does not see a point in recycling, eventhough my sister studied it in college and could get really bitchy when she was still living at home.

So, I think that apart from all the educational programmes in schools the government should create campaigns aimed at older people. To try to explain that it is important to recycle, for EVERYONE! The only problem is that I have no idea how. You can’t really use the internet, and I don’t think anyone reads the newspapers that much anymore. So what should it be? State owned radio? TV ads? What should be the message? What speaks to this demographic?